Netherlands goalkeeper Maarten Stekelenburg has penned a fresh two-year extension with Everton. The 35-year-old made just two appearances for the Toffees during an injury-plagued campaign last term but he has nevertheless earned a fresh contract which should see him committed to the club until June 2020. 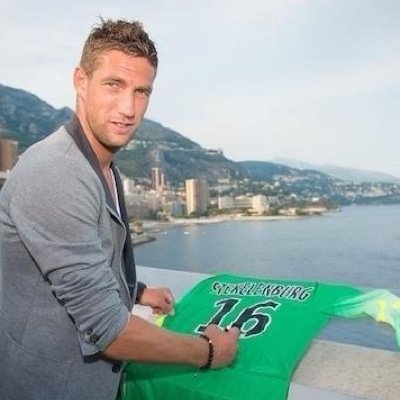 Speaking on the club’s official website, he said: “I’m fit now. I’ve played in our pre-season games and I’m very much looking forward to Jordan getting back here so we can push one another. I understand my role and I will try to compete with Jordan and push him to continue to get better as well.”

Stekelenburg has started regularly between the sticks for Everton during pre-season and this has largely come about with Jordan Pickford being rested after his World Cup exploits with England. Nonetheless, Pickford is expected to be placed on an individual training programin the coming days and he could yet start in goal for the season opener against Wolverhampton Wanderers.

Everton have been rather quiet during the transfer window with just one signing in the form of Richarlison from Watford but there is expected to be some movement in the coming days with a number of defenders being associated with the club. Among those, there have been links with both Yerry Mina and Lucas Digne of Barcelona with the latter appearing closer to a move.

Digne has apparently been frustrated with the prospect of playing second fiddle to Jordi Alba in recent years and the Frenchman is widely expected to secure an exit before the transfer deadline. On the other hand, Mina may have no other choice but to leave the club with the recent signings of Philippe Coutinho, Arthur, and Malcom having exceeded the three-player non-EU limit.

As things stand, the Colombia international is attracting interest from both Everton and Manchester United but the former could have the advantage in the player’s pursuit with the promise of regular gametime.